Reader Sue asked if a pink eraser will work for conditioning stamps, or if one must use a white eraser. I honestly don't know the answer, although I dislike pink erasers as ordinary erasers (they tend to be rough on paper and smear rather than remove pencil lead). I only buy white erasers for my own use. Have any of you used pink erasers to condition stamps, and if so, did it work? Sue (and probably a few others) would like to know!

Now, for a couple of Use-Your-Stamps Challenge cards. It took two cards to use all four of the stamps in the StampinUp Garden Silhouettes set. 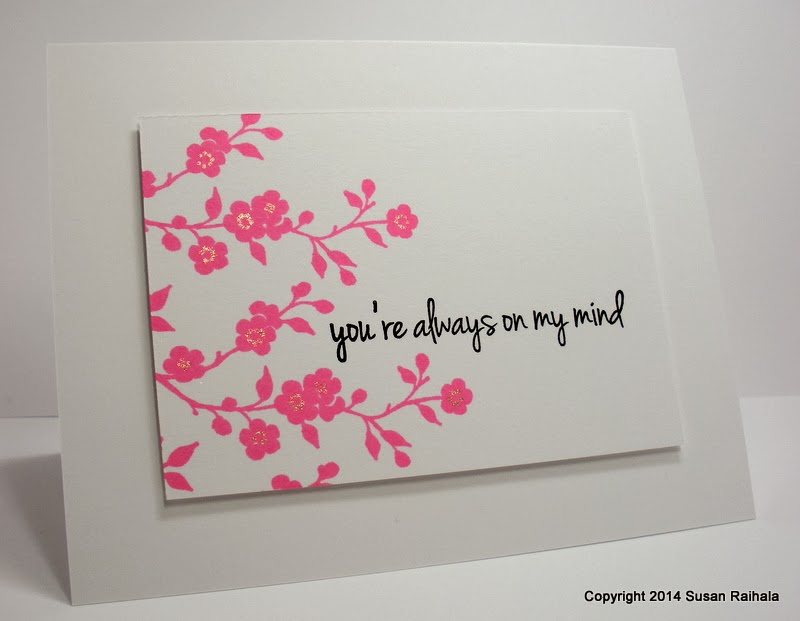 This blossom branch is so pretty but really needs to be used horizontally. I paired it with a sentiment from Gina K's Hello Sunshine set and added some touches of Sakura Stardust sparkle to the centers of the flowers. 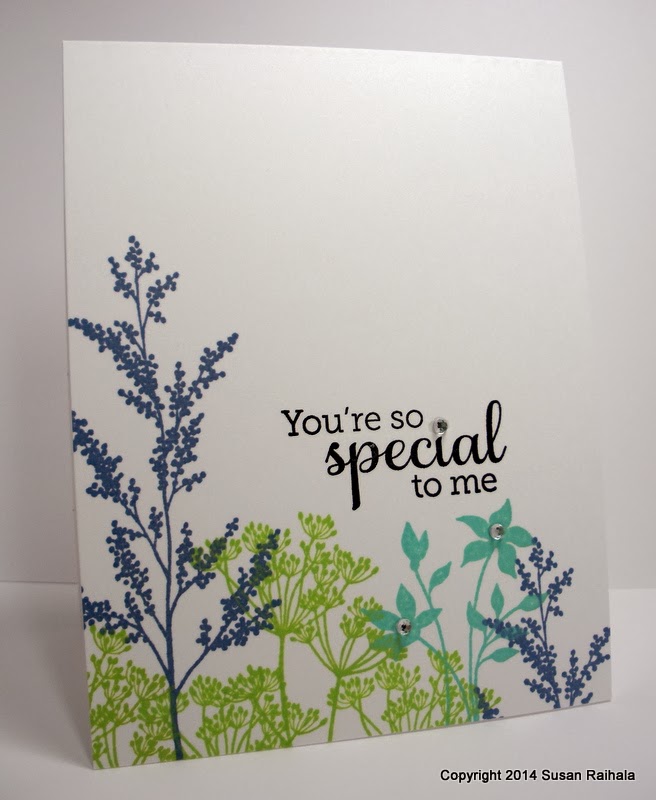 Here, I used the three other stamps in the same random way as on yesterday's card, but on a portrait-oriented base rather than landscape. The sentiment, from Hero Arts Year Round Sentiments, looks like it's being pushed up by the flowers, and the three rhinestones serve to unite the flowers and the sentiment.

Also, that the rhinestones appear on the single Tidal Pool stem rather than scattered over the other flowers helps reinforce the sentiment of being special.

On a completely different note, I encourage you to check out Virginia Lu's new challenge blog: Virginia's View Challenge. Her challenge right now is Watercoloring, which is broader than Karen's OLS challenge but still related!