For One-Layer Simplicity #16, hosted by Heather Telford, our challenge is use blossoms on our card, or, if you're not feeling the love with blossoms (i.e., you live in the southern hemisphere and it's autumn), you may get your inspiration from one of my cards since my screen name is LateBlossom!

Mostly, I think it's pretty easy to make a card with a blossom on it, no matter the time of year. Poinsettia much, anyone?

Anyway, I pulled out Uniko's Flower Power #1 set and went to work making three cards to share. And yes, there were six cards actually made, but three ended up in the recycling bin, which puts me in the fiftieth percentile for Saturday.

Can you tell my kids are about to suffer yet ANOTHER round of standardized testing? Arrgghh.

Here are the three successful cards: 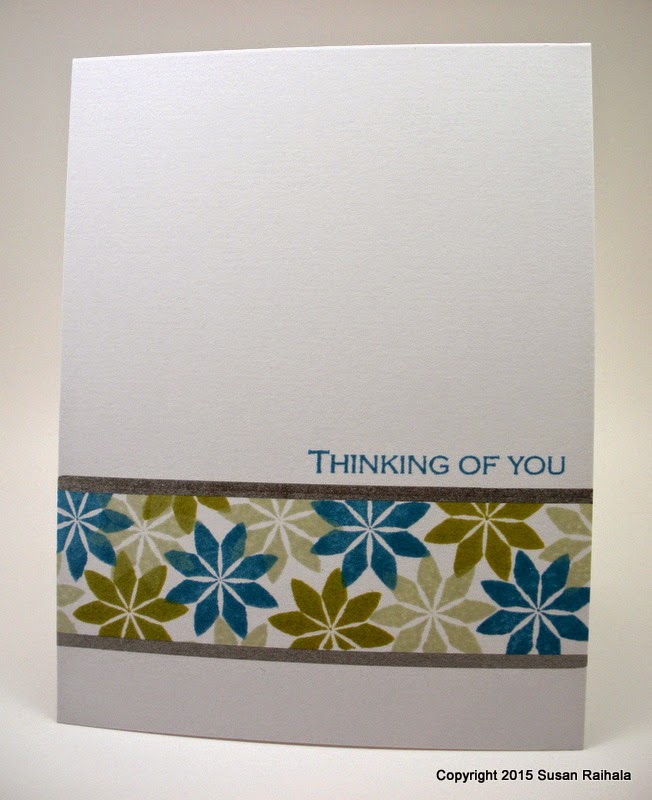 A simple border treatment, outlined with silver metallic marker, is made more interesting by combining Hero Arts Pool, Soft Olive, and Soft Leaf inks. I want to add a focal point to this in the worst way, but couldn't really come up with a way to do it. The crisp lines, though, make me happy! 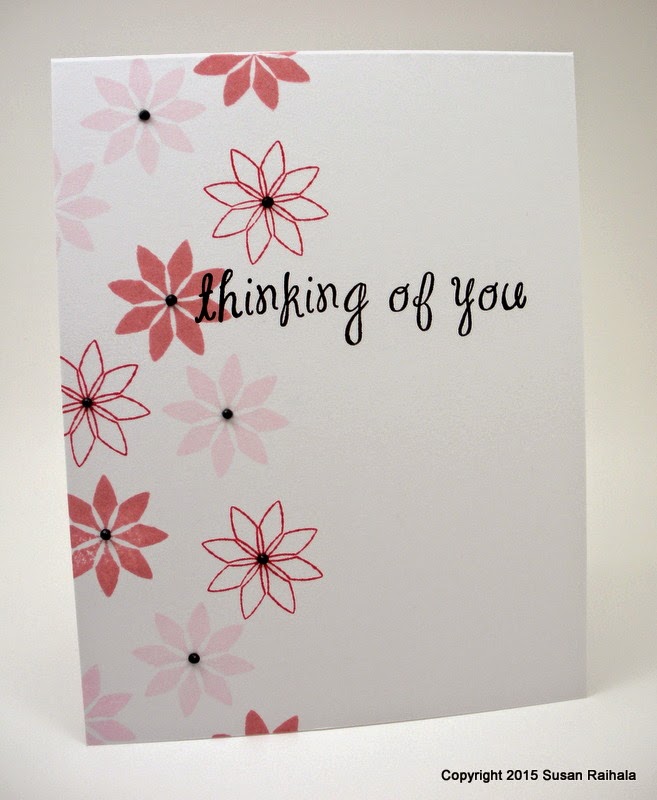 After keeping all those blue and green flowers jammed into a tight space, I decided to create a more open and random border (this time vertically). The tiny black gemstones give unity to the design and reinforce the focal point sentiment nicely...better, perhaps, than the first card. The colors are Memento Angel Pink and Hero Arts Soft Blossom and Red Royal. 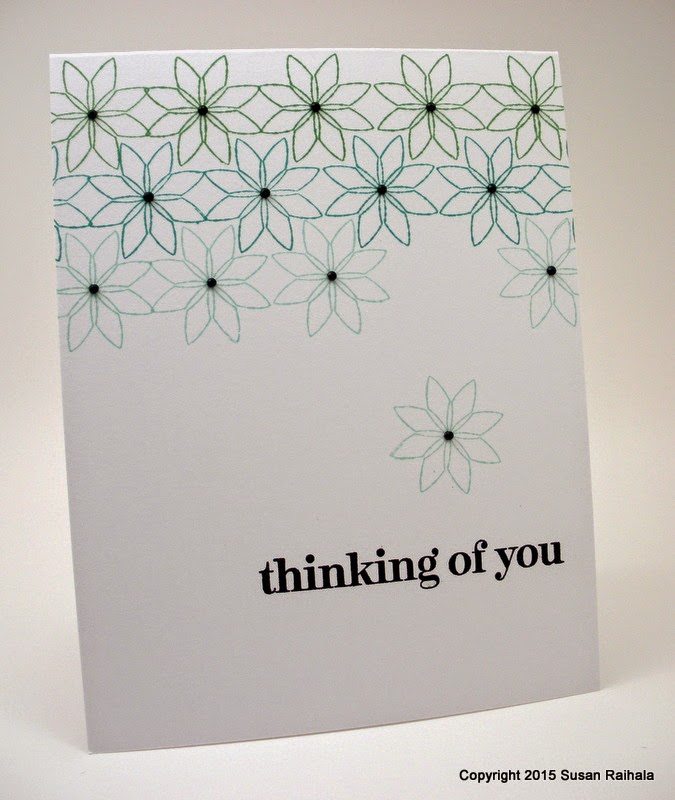 The third card was inspired by Tetris and is my favorite of the three. The colors--Hero Arts Ocean, Tide Pool, and Soft Pool--make such a lovely, monochromatic combination! The falling flower, slightly tilted, just won't stay in its tidy row, as if it were a pretty thought separating itself from the crowd.

Or is that too English major-ish for you? I live in a house full of literal-minded males, and they make me question my humanities training sometimes.

For example, my son Jack (who is 12 and has autism) and I had the following conversation recently:

Jack: Mom, do you remember when Barack Obama and Mitt Romney were in a race against each other?
Me: Yes.
Jack: Were they racing on foot or in cars?
Me: [trying so hard not to laugh out loud] Oh, sweetie, an election is a different kind of race. Each person tries to convince the most people to vote for them. Whoever gets the most votes wins. At least theoretically.
Jack: Oh. [walks away totally confused but unwilling to waste more time on it...smart kid]

This got me thinking. Perhaps it would be better if our elections were, in fact, foot races. Then, primaries would look like Olympic track sprint trials, and the election itself would be over in just a few minutes, especially if we made candidates run from the Washington Monument to the Lincoln Memorial, dodging in and out of the monuments in between just to make it interesting.

At least then we would be spared having to listen to a bunch of candidates perjure themselves for 18 months while the press tries to discredit them with made-up controversies, innuendo, and outright lies. It costs BILLIONS of dollars to suffer through our kind of elections. I bet Jack's foot race thing could be pulled off for a few hundred million dollars, tops.

And that's if we print nice t-shirts.

And on that note, race on over to the OLS challenge and have some unelected fun!
Posted by Susan Raihala at 4:56 PM