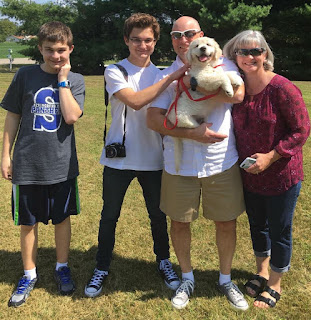 How can such a small bundle of fur take over our lives so completely?

Love, people. Love. That's the most powerful force in the universe. This furball has his own gravitational field of love, pulling us in just like his big sister has done.

He's a baby and has a lot to learn, but oh, the fun times we'll have! 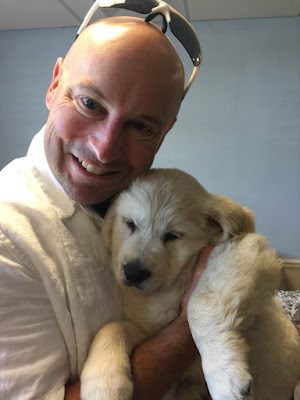 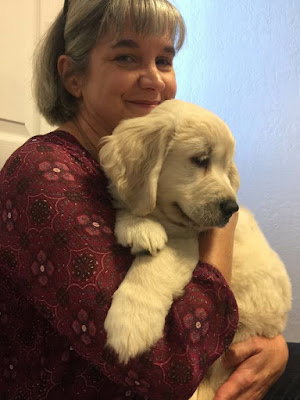 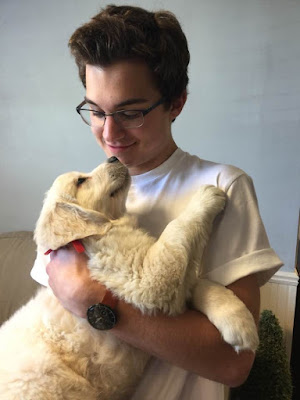 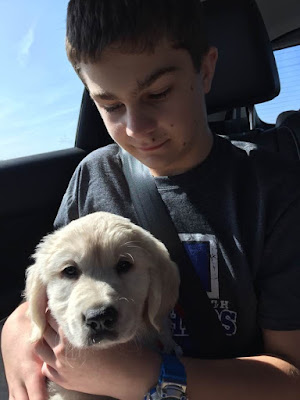 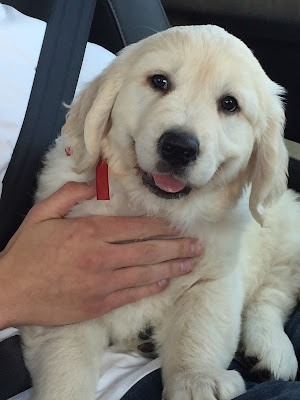 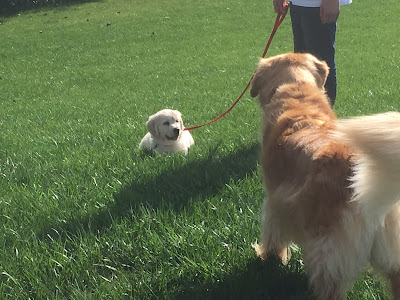 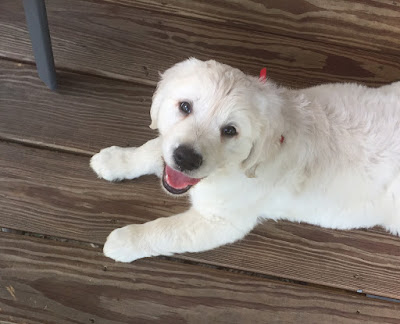 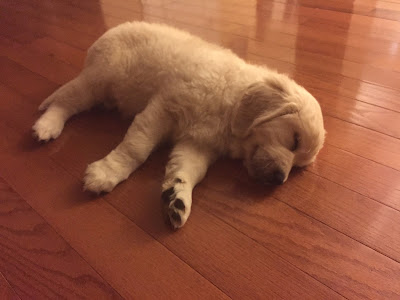 Daisy welcomed Cooper to the pack with a wagging tail and lots of excitement...and gentleness. She plays with him and sniffs him and follows him around. She let him drink from her water dish at the same time and basically seems to be telling us, "It's about dang time you got me a furry sibling!"

Cooper is a big boy...the largest pup his breeder has ever seen from her dogs. He weighs almost 18 pounds, three pounds more than his brother and five more than his sister. He's just eight weeks old. It'll be interesting to see how big he gets.

His temperament could not be more chill. On the trip home from Toledo yesterday, he showed he is by far the most laid-back puppy we've ever brought home, looking around, wondering what was up, happy to be held. When Daisy first approached him at home, he flopped onto his back and submitted immediately. The only bad sign...he is already trying to dig in the grass. George was not amused.

Time to google "keep dogs from digging in yard." We've never had a digger before.

If posting is spotty for the next few weeks, you'll understand why.

Mercy, grace, peace, and most of all...love,
Susan
Posted by Susan Raihala at 8:47 AM