What happens when two inspiration pieces merge together?

Here are the two inspiration photos from Somerset Life magazine. 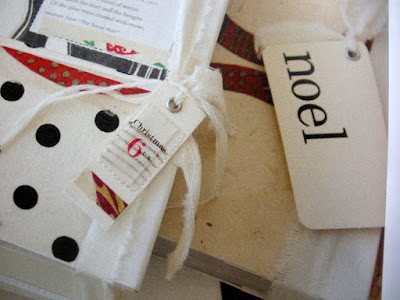 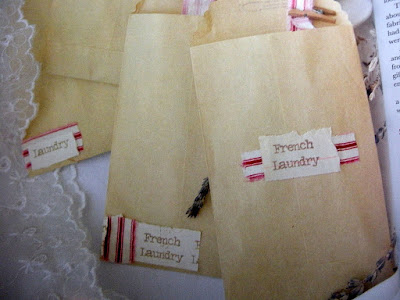 While using the first photo for inspiration, I'd made a tag almost exactly like the very simple "noel" tag and tried to put it on a card. The result was not successful...it was simply too plain and lacked interest, despite the fact I played around with different ribbons. It needed to be grounded, but I couldn't think how.

The plain tag was lying on my desk when I moved on to the second photo.

While using the second photo for inspiration, I started to make a card that followed the photo fairly closely, with a small tab of the red striped paper used on yesterday's card combined with a sentiment, placing both near the upper right edge of a card so the sentiment was in the upper right "sweet spot."*

It didn't work. The proportions were wrong for the card. I'd stamped the sentiment on the card base but hadn't glued the tab of red striped paper down. I set the stamped base aside.

Then I made yesterday's card with its long strip of striped paper and thought, well, what if I added a full strip to the right edge of the first card, next to the sentiment? How would that look?

The answer was disappointing. I glued down the strip, but it still looked odd to my eyes. There was no connection between the sentiment and the strip, as there is in the inspiration photo.

Then I saw the tag, and thought, "What would happen if I covered the stamped sentiment with the tag. and let the tag overlap the red stripes?" 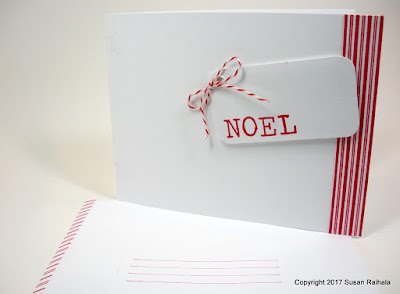 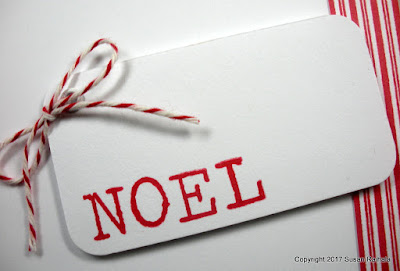 That strip of red stripes grounds the tag perfectly! So my mistake of the stamped sentiment is covered up, the plain tag gets a pretty setting, and the card base with its strip of striped paper is saved!

Not too shabby when a bunch of inspired mistakes merge into something successful!