First up, shabby. It's loose, it's organic, it's unpredictable! 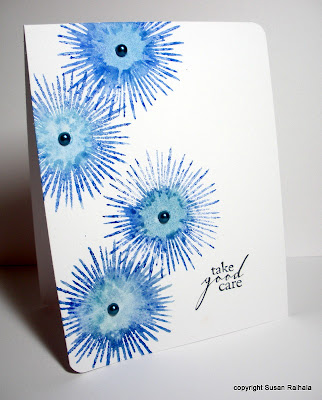 To get this effect, I colored the stamp with light and dark blue watercolor crayons, spritzed with water, and stamped. I used a somewhat spiky sentiment (discontinued Hero Arts) with serifs and script combined. 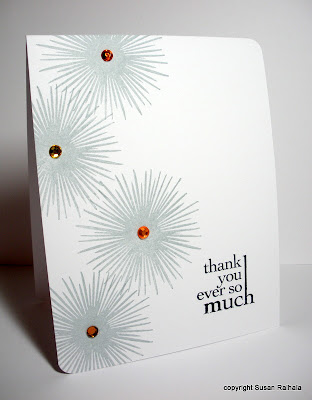 The gray and four different shades of orange and yellow bling give this a fresh, modern feel, which is reinforced by the graphic sentiment.

You can probably guess which version I prefer, but the watercolor one made me happier than I thought it would. I just think it's unbearably cool that this stamp can look so different.
Which version do you prefer?
Posted by Susan Raihala at 8:26 PM