Whenever you're stuck for inspiration, just create your own challenge. After spending a week showcasing cards with the thank you sentiments from a single set, I'm now setting my sights on making Christmas cards with alphabet stamps.

Here's my first effort, using an alphabet from Hero Arts and a sprig of holly from Clearly Besotted. 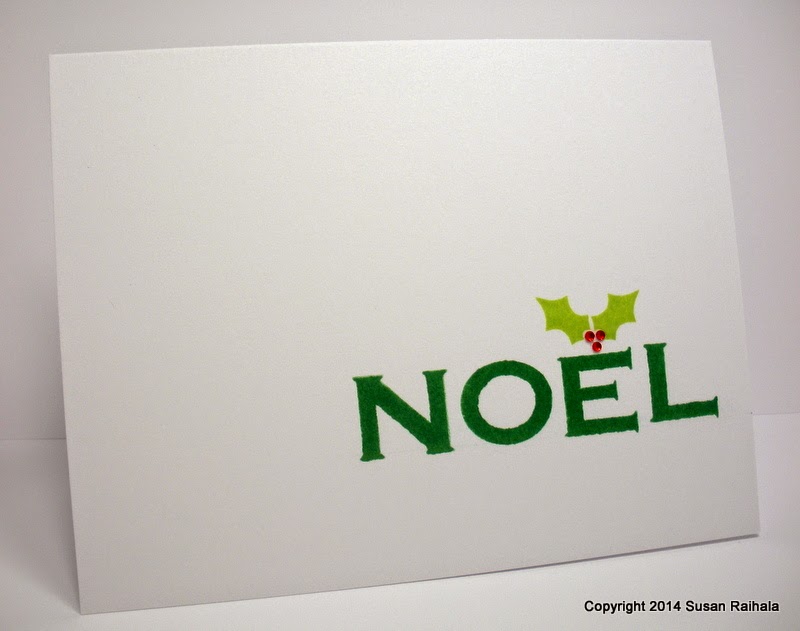 This color combo of traditional red and green with a little lime thrown in was inspired by a photo in a BH&G Christmas magazine.

My original intent with the holly was to put just two berries to make a trema (or umlaut) over the e. But I stamped the holly just a smidge too high, and it looked odd with the two berries...like the holly was floating above the letter rather than related to it. There was room for the third berry, though, so I added it. Design-wise, it's definitely better with the third berry, and who's going to be a stickler really? Many people fret when the trema is missing altogether, and others don't understand the fuss.

I'm implying a trema, and if that's not good enough for someone, I'll make sure not to send the card to him or her!

Feeling both inspired and sassy on this gloomy Friday morning.