I send thank-you notes every year for my birthday and Christmas presents, and I have my children do the same. George is on his own. I'm not the boss of him. He's not the boss of me.

Anyway, I made a few cards using Papertrey's In the Meadow and Hero Arts Soft Silver ink, which is pretty cool ink, even if it just looks gray in the pictures. I love that sentiment as it makes holiday thank-you cards very specific and intentional...as if to say, "Yes, I am extremely grateful you gave me a gift! You thought of me! You care about me! Please do it again next year!" 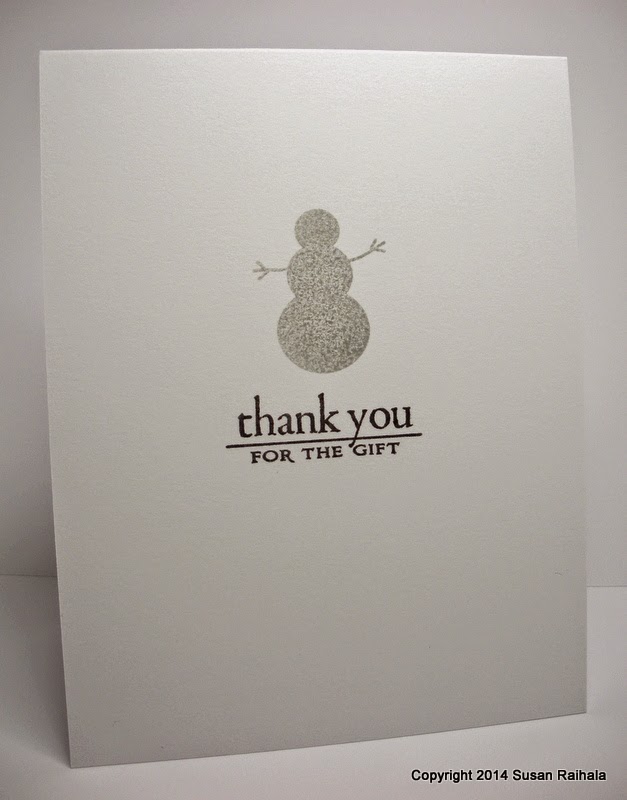 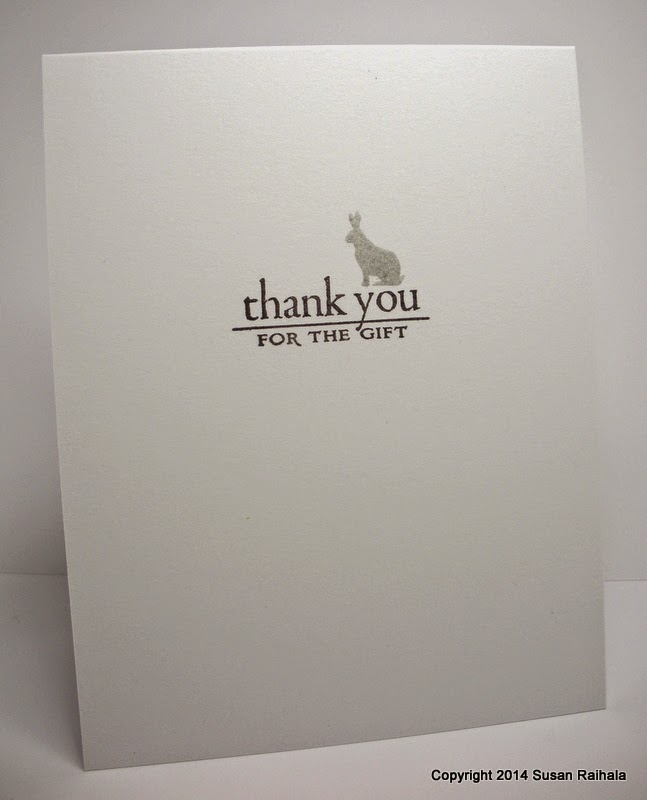 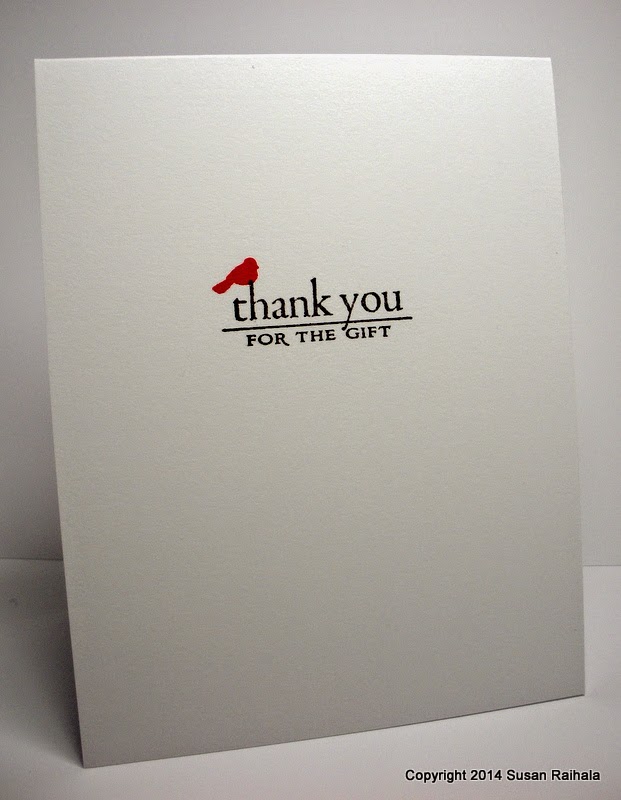 That last card, of course, uses Hero Arts Red Royal ink rather than the soft silver. I actually prefer that card because of the delightfully minimalist pop of RED. The other cards do look better in real life than in the photos, but they cannot convey energy like a bright red bird can.

So put a bird on it!

Also note how the position of the image relative to the sentiment changes depending on the shape and size and orientation of the image. The rabbit, for instance, draws attention to "you" but looks in the direction of "thank"...that moves the eye around the card in a fun way.

But the squirrel looks right, so he's centered. He has lovely curves that contrast nicely with the straight line of the sentiment and generate some sense of movement, and he's looking down at "you." But not in a snooty way. He's a squirrel. He's only snooty to dogs.

The snowman doesn't move because he's not wearing his magic hat and therefore is, in fact, the least appealing (to me) of all four cards.

The bird is perched adorably on the ascender of the "h" and looks out over the thanks as if to say, "I own this card."