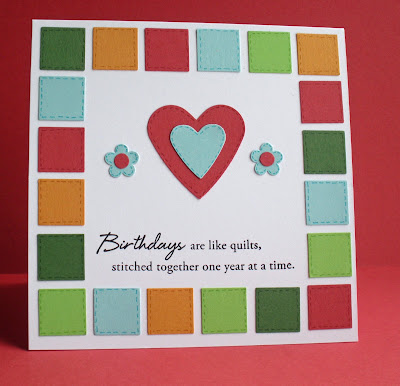 My sister's birthday is today! Her Word of the Year is LESS, as in less stuff, less clutter, less spending, less eating, less running around like a chicken with her head cut off.

She's doing pretty well with LESS, so for her birthday, I didn't want to add to all the stuff she's trying to purge. I gave her a check to put toward her camera gadget fund and found this pack of dish towels at Target as a little something useful to add color to her summer. Now she can get rid of some drab and stained dish towels and have pretty ones, instead. Net gain of "stuff": ZERO!

And Happy Birthday, Lisa. You are the best sister EVER! 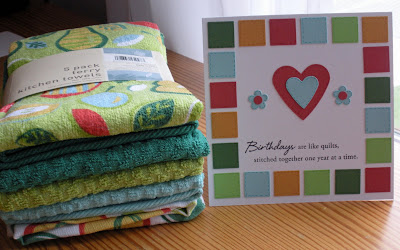 Posted by Susan Raihala at 1:43 PM

Email ThisBlogThis!Share to TwitterShare to FacebookShare to Pinterest
Labels: For Birthday, Gift Ideas, Inspired By, Stamps by Papertrey, Using Punches