Before and After: The Evolution of a Valentine

I hope everyone had a safe and happy Christmas!

I thought it would be fun to show how a few of my cards evolve and the thought process behind that evolution. So here's a before-and-after post on a simple Valentine.

To start, I pulled out this set from Hero Arts, which I bought for my birthday back in November. Doesn't it just scream VALENTINE?!?!?! Okay, not so much. But the simple little envelope struck me as the perfect image for a Valentine, especially when paired with a 3D heart, also from Hero Arts. 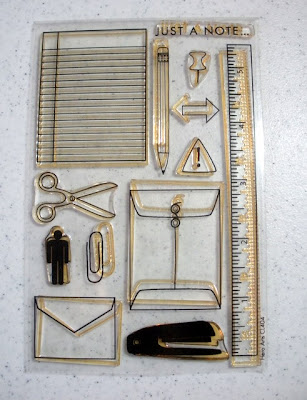 BEFORE
My first instinct is usually to go utterly minimalist with cards. I ask myself the following question: What is the LEAST I can do to communicate my message interestingly?

For this, I thought making a one-layer with just the envelope image and heart sticker would be perfect. I was boringly wrong. 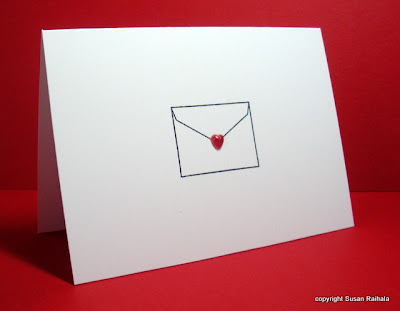 Sure, this communicates the message (a love letter) but it isn't, shall we say, very interesting. I find it fascinating how unpredictable the outcome will be when I start a card so simply. Sometimes, at this point in a design, that wow factor is there, sometimes it isn't. This time, it isn't, and I couldn't tell you why if you held a heat gun to my head. I just know boring when I see it!

AFTER
One solution to a boring CAS card is to pop something up. Adding just a touch of dimension may be all it needs to become visually interesting. 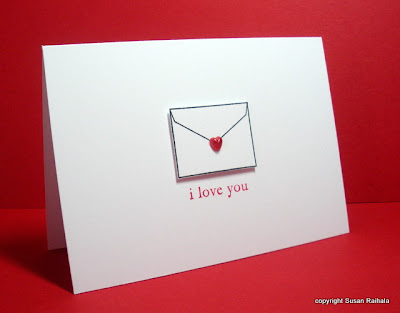 In this case, I also added a sentiment because all that uninterrupted white space around my love letter seemed rather blah and made it look like it was floating. I might have chosen to put the envelope on a red card base or even pink, but adding the one-line, red sentiment creates a bit of a visual triangle, with the sentiment as the base and heart at the peak. Visual triangles add stability and balance to a design, and here, the triangle keeps the envelope from floating around in white space. It also mirrors the upside down triangle of the envelope flap so nicely, doesn't it?

Another possible solution would have been to stamp wings behind the letter, and perhaps angle the envelope rather than make it straight. Again, that would create a visual triangle, but I've never been a huge fan of wings on inanimate objects, especially since the feminine products sprouted wings. Just my quirk. If you like wings, go for it. It might work. But I make no guarantees.