As most of you agreed, the ledge I put on THIS CARD to give the peacock something to stand on was kind of lame. Okay, really lame. So I remade the card, sans ledge. I like this MUCH better. 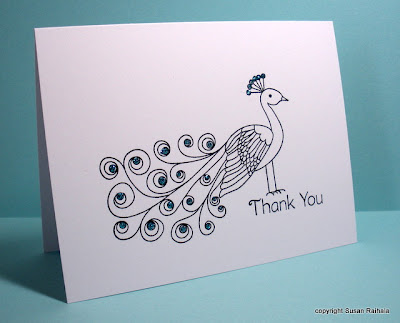 Not much else to say about this, so let's talk about the new Hero Arts catalog. Happy sigh. I'm loving it and have started a wish list that is sort of scary. It'll get whittled down over the next month, but oh my gosh it's so much fun!

Also, I ordered the catalog bundle (with the cling set called My Type) through Hero's website, but simonsaysstamp.com filled the order. They sent a $5 coupon for an order placed before the 30th, which is nice, and a pack of dark green rhinestones as a gift. Must say I'm impressed. 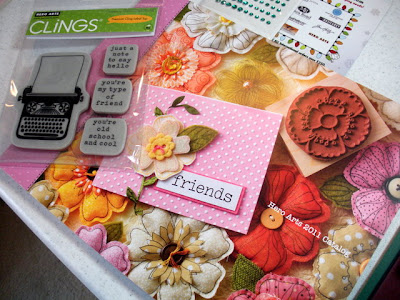 And no, they didn't pay me to say that.

I won't be posting again until after Christmas to focus on my boys and the furry fiend furry golden sunshine.

Christmas blessings to one and all!
Posted by Susan Raihala at 9:08 PM