Inpsired by Paula Whittaker: Evolution of a Layout

After my previous failed attempt at CASification, I decided to try again, and this time, the results aren't hideous, although the original card is clean and simple enough that there's not much to CASify. Here's the fab inspiration card made by Paula Whittaker and published in the winter issue of Take Ten magazine: 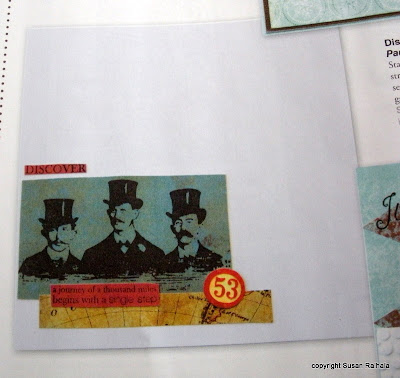 The Stampington & Co. stamps are not exactly my style, but the layout absolutely intrigued me. I decided to see what sort of look I could get with Hero Arts stamps and white card stock. Not bad.

The white card's photo actually looks better than the real-life card...how weird is that? Since my first attempt actually looks a little washed out and colorless, I wondered if putting the same pieces on colored card stock would look better. It does.

Today's cards demonstrate a truth of card design that took me far too many years to figure out. If at first you don't succeed, one of two things is happening:

1. You're headed down a fruitless path and would do well to abandon hope and start over again.

2. You need to do some problem-solving and have confidence that you will get there in the end.

In my early years of stamping, I thought quitting was evidence of failure. Now, I recognize that, at times, quitting is just common sense and a natural part of learning. It's far better to try something new and then realize it's not working for you than not to try anything new at all.

But knowing when to quit takes experience. Earlier in the week, when I made the card that no one will see, I finished it and realized that, indeed, I was headed down a fruitless path. The next night, I let Paula's card inspire me, and I got there in the end.

Awesome!
Posted by Susan Raihala at 6:52 AM