Last week, I posted a card and complained that I had to offset the sentiment so it wouldn't trap white space. Several people asked me to explain what trapped white space is, so here goes.

Trapped white space is white space that is trapped in a design, boxed in by design elements, thus creating an unattractive hole in the design. It is much more common on scrapbook pages, where elements can overlap and create trapped empty space that draws the eye where you don't want it to go.

Properly used, white space opens up designs and allows the artist to direct the viewer's eye to focal points and create visually interesting layouts, but when white space gets trapped unattractively by a poorly planned design, the eye goes to the trap, not the focal point. 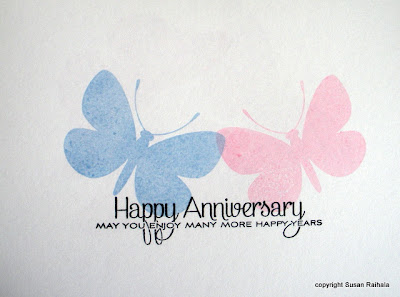 Notice how your eye is drawn to the hole in the middle, trapped between the two butterflies and the sentiment. The white space can't escape to the edges of the design...it is trapped.

Rearranging the elements so the white space can flow to the edge of the design opens up that space...and also creates more movement in the design. 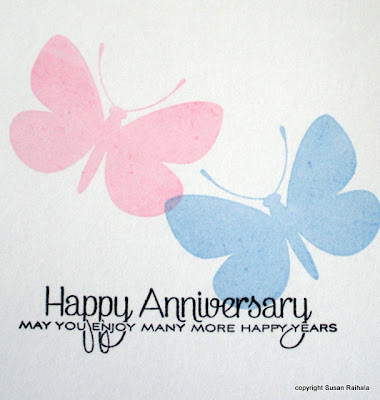 Notice how easy it would be to create trapped white space if the blue antenna overlapped the pink butterfly wing. Boom. Trapped space...perhaps not terrible, but not ideal either.

Now, not all trapped white space is bad. In fact, it's sometimes quite necessary in a design. Think about the insides of handles on coffee mugs or tea cups, or outline polka dots. Yep, the white space is, technically, trapped because it can't escape to the edge of the space, but it's integral to the design and doesn't distract from the main image.

Consider this lovely image from Hero Arts. There are tiny areas of trapped space, but they don't draw the eye. 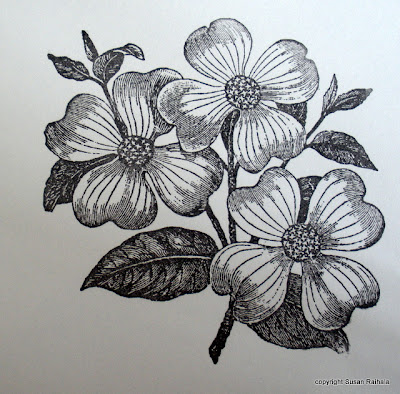 Check out the flow of white space as I marked it. The small trapped areas are marked with green x's and the open areas marked with pink arrows. 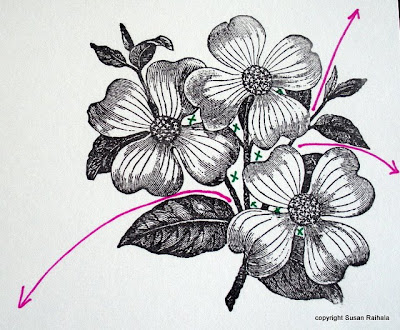 You can bet those pink arrows were planned, not accidents, and those areas of green x's were kept small on purpose. They create depth in the design without pulling the eye away from the dogwood flowers.

This image from Papertrey's Through the Trees is another good example of white space trapped for a reason. The rectangle boxes in all the white space quite literally, as if we're looking through a window into the woods. The so-called "trapped" white space is integral to the design and pulls your eye through the window. Stamp a red bird on a branch in this image, and you have a gorgeous, framed scene...not an ugly hole. 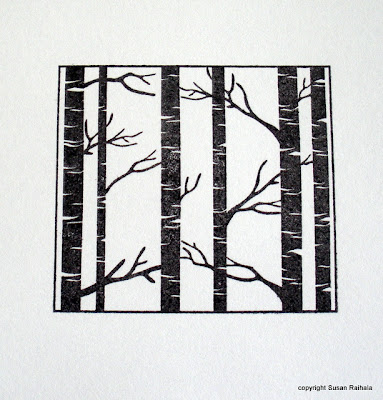 
Now, let's revisit the stamps from my original card. I tried stamping a sentiment directly under the three leaves, just to see if I was right to offset the sentiment in the original. 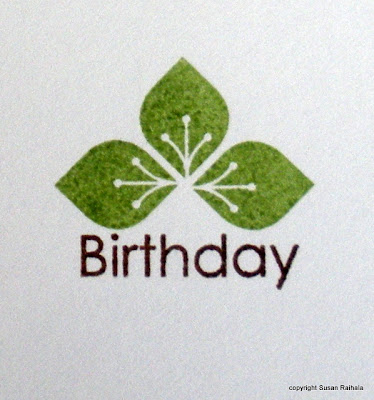 Definitely trapped, and not very attractive. If I stamped the word farther below the leaves, it would just float in space, and any sense of unity would be lost. 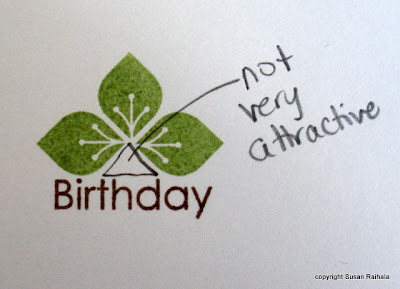 While the "fix" below wouldn't have worked on my original card, it's a perfect way to use that little trio of leaves to highlight a sentiment. The tiny triangle of trapped white space doesn't draw the eye...it anchors the sentiment to the image, creating a stronger sense of unity and balance. 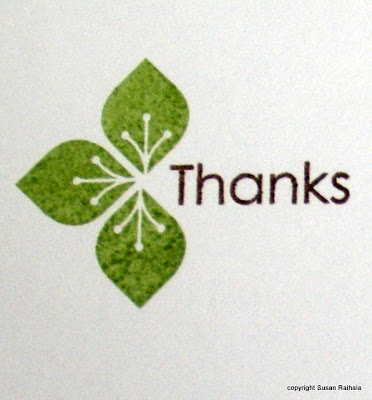 And that's what I know about trapped white space.
Posted by Susan Raihala at 5:36 PM