Today's card was inspired by a beautiful blue card in Card Creations, Vol. 12 by Angela Mansfield. I just love those shades of blue!!!! 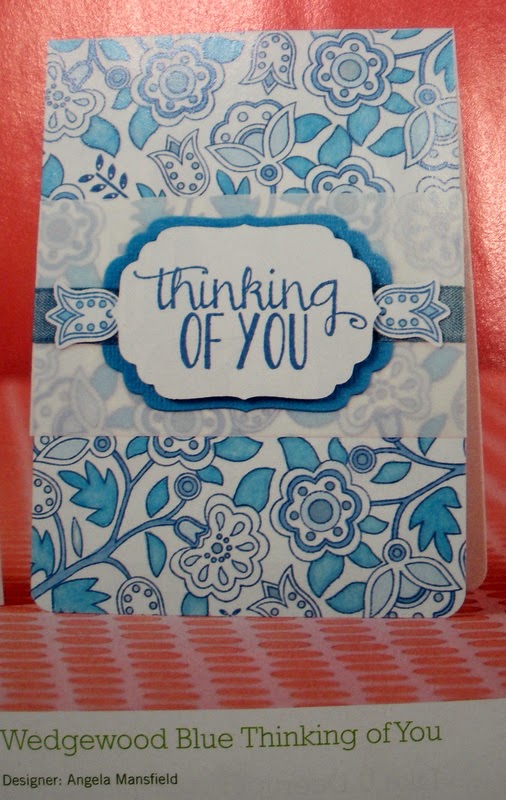 So I made this card, using Papertrey's Beautiful Blooms II and Turning a New Leaf, and a sentiment from Gina K's Hello Sunshine set. 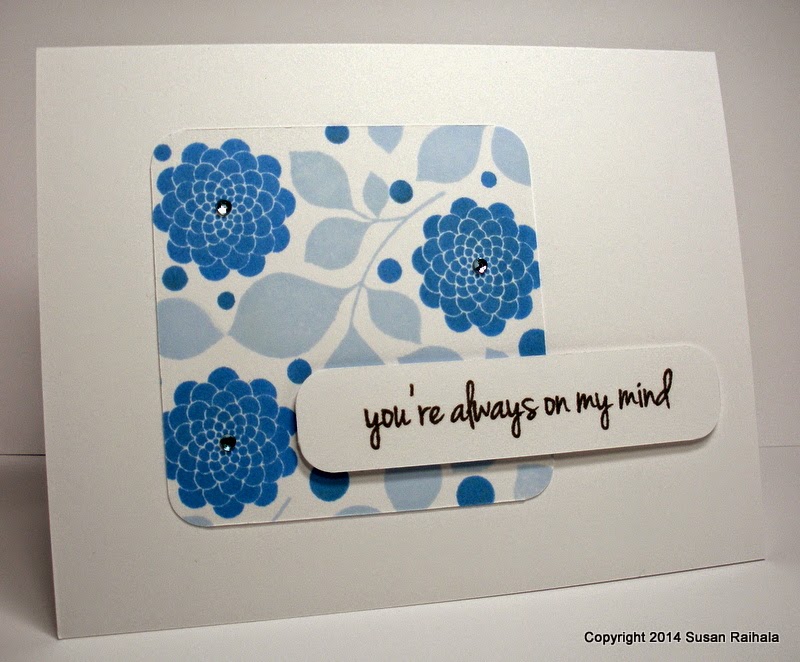 Thank you, Angela, for inspiring me to use beautiful blue...a color I really should use more often!!


On another subject entirely...

My apologies to anyone who was offended by my reference to the opening lines of TS Eliot's The Waste Land in yesterday's post. My use of a literary allusion (which was clearly more obscure than I thought it was) led some to believe that I was dissing April out of pure meanness or negativity when in fact I was merely trying to creatively emphasize the importance of lifting people up when they are sad.

Eliot opens The Waste Land with the following lines: "April is the cruelest month, breeding / Lilacs out of the dead land...." He draws on a rich literary tradition of April as a month of starvation, illness, and death happening at the same time flowers are starting to bloom...cruel, indeed, especially from Eliot's point of view. The tension between those two themes of death and new life is poetically powerful and sets the tone for his entire masterpiece of modernist poetry.

My card yesterday was intended for someone who was in need of hope and encouragement (a state of affairs that cannot be limited to any one month in the calendar), but as I was posting it for delivery to in-boxes on April 1, I decided to make timely reference to Eliot's poem to show how cards can be a positive influence even in the "cruelest" month. That's what we English majors do...make connections. Clearly it backfired on me here, with unintended consequences.

My only intention was to encourage all y'all to send an encouraging card to someone who needs a lift. Again, my apologies for any misunderstanding, and I promise to keep future literary allusions limited to Shakespeare and Harry Potter, where there's less chance of confusion or offense!
Posted by Susan Raihala at 11:13 PM