Well, I made these to get myself out of a creative funk, and not really for any purpose other than that. However, when I made a love-themed one (shown at the end of this post), I decided it would be my hubby's Valentine...no need to mail, and he can put it on his desk as a tiny reminder of the fact he's loved. When he's done with it, he can throw it away...because once you get the hang of making them, they really are a piece of cake. I can whip one of these up in a couple of minutes because mine are CAS, though obviously the more complicated you get, the more time it takes.

One of my readers who replies via email said she wants to make them to put in her granddaughter's lunch box "on days when she might need the feel of a little extra hug." What a wonderful idea!

Another possibility is to make a bunch that relate to each other in some way and assemble them on a mat and use it as wall art. Like this...

Wouldn't this look cool as a spectrum of color? Or you could create a narrative through the boxes, especially if you're artistic and can draw or paint! Lots of options.

You could also hang matchboxes as Christmas tree ornaments. I'm contemplating doing a bunch of Christmas-themed ones later this year to add to my paper-ornament tree. You can add a string loop before gluing one end of the box or after the box is made by punching tiny holes in one end of a box and knotting string on the inside of the holes or looping string through the holes. And wouldn't it be neat to make 24 of them and put candy in them to make an unconventional Advent calendar? If I do any of this, I'll share the techniques.

But really, when we're playing around, does what we make have to be for a purpose? For some of us, perhaps. I'm certainly mostly purpose-driven in my crafting. But it's still fun to simply play.

For now, let's just make these fun little boxes. As the photo above shows, you can do all sorts of variations with paper, string, felt, feathers, rocks, buttons, dimensional past, mulberry paper, designer paper, etc. I stuck to CAS white, but let your imagination wander!


﻿
And you're finished making your blank matchbox! Decorate as you wish.

Here are a few more examples of my CAS matchboxes. 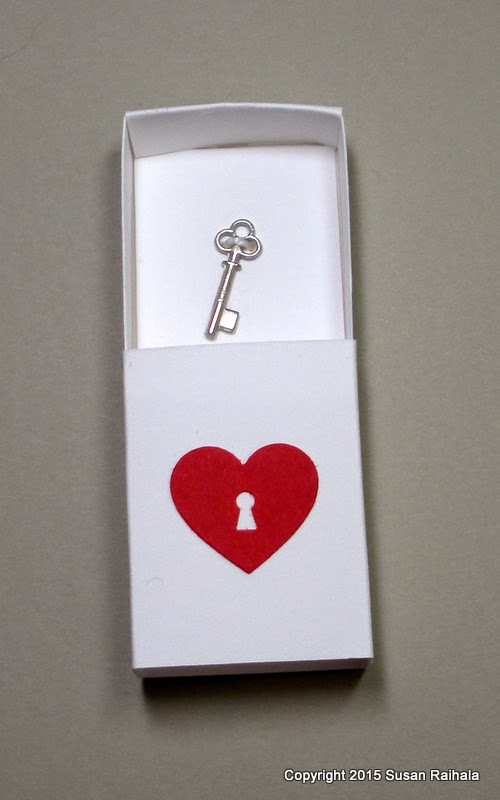 To make this "Key to my Heart" box, I created a false bottom, sewed the key charm onto it, and attached it to the bottom of the box with dimensionals. These boxes are a half-inch thick, which gives you plenty of space for dimensional embellishments.


The little wooden shapes were left unaltered and attached with dimensionals. 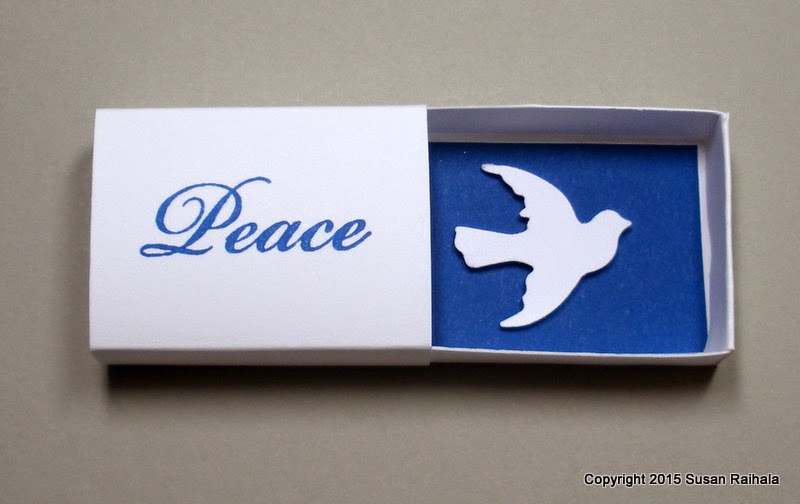 So there you go. Matchboxes can be a fun way to play around because IT'S ONLY PAPER!!!