This adorable little set from Clearly Besotted called to me on my last order from Ellen Hutson. But that fun whale needs "grounding," so I experimented with several different ways to make waves.

By far the most complicated was this sponged background. I made the template with negative pieces punched from a wave border punch (Fiskars) and a bunch of post-it notes. It was unpleasantly complicated, although the effect is certainly wavy. It would have been much easier to use wavy deco scissors and a piece of copy paper to make the template, though. 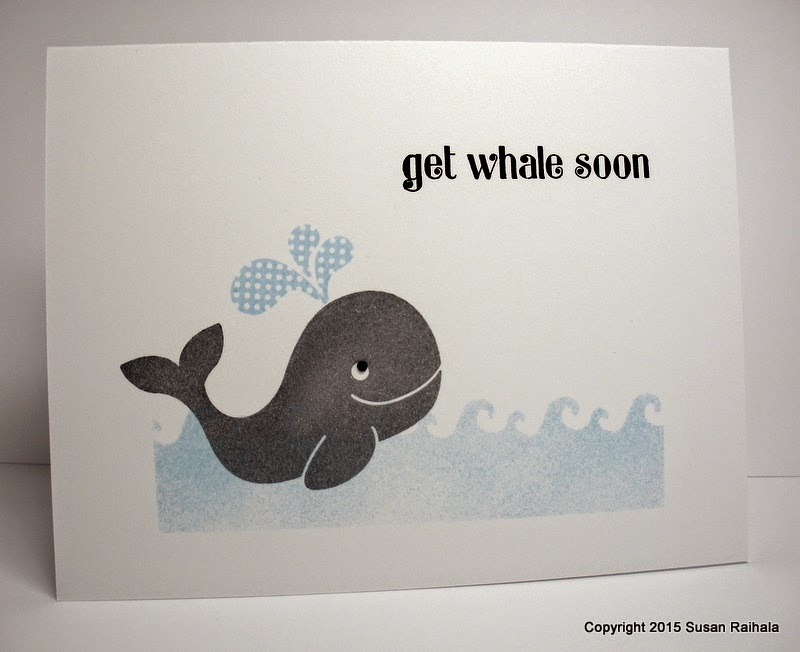 After going to so much trouble with the sponging, I decided to see what stamps I could use more easily. Obviously, this wave stamp from an old A Muse set does the trick. The whale was masked with a post-it. 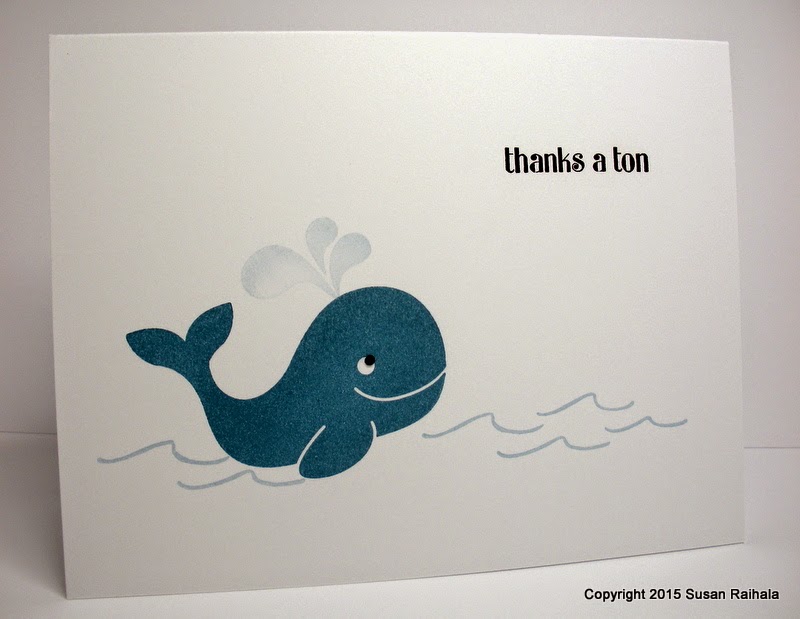 For the two cards above, the design is the same. The whale is tilted up and looking at the sentiment. Note that the larger sentiment on the first card looks better. The "thanks a ton" sentiment is just a tad too small and would work better on a smaller, raised panel with the whale and waves...but that whale is pretty dang big, so such an arrangement would be tough on a standard 4.25" x 5.5" card.

I redesigned, went with some funky colors, and made a third card, this one using a Hero Arts discontinued squiggly-line clear stamp (from an old friendship-themed set) for the wave and the same whale mask I'd made for the second card. 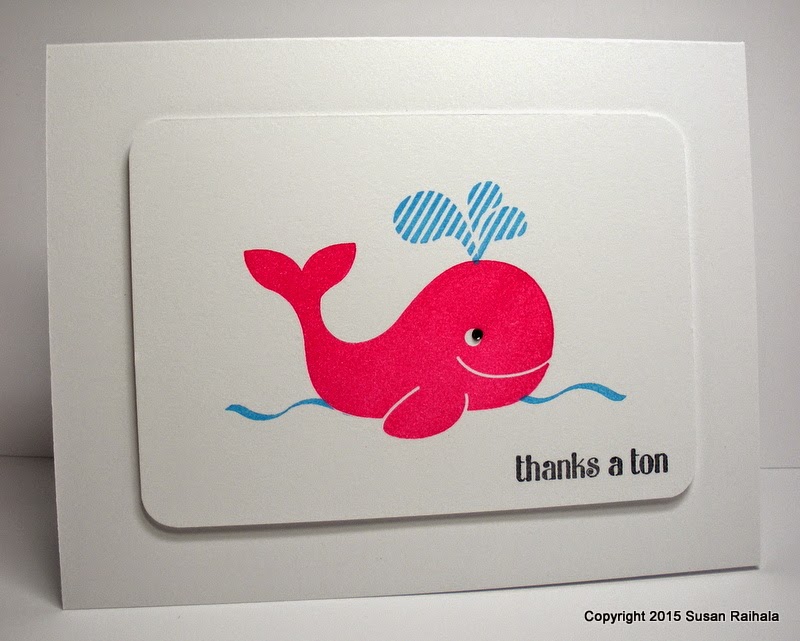 Note that the whale is level in the water rather than angled up. As you can see, there just wasn't room for the sentiment up where the whale's gaze would lead to it.

Also note that each of the three cards has a tiny gem to make the whale's eye stand out. The first two cards use black gems, but the pink whale has a gray eye and gray ink for the sentiment as well. That tiny detail makes a whale of a difference on all three cards.

You see what I did there? Sure you do.

There are three ways to make waves: sponging; stamping with an actual real, live wave stamp; and improvising with a wavy line stamp. Honestly, I think I like the third one best!