Use Your Punches: Making a Parenthetical Banner

As part of my Use Your Hoard (UYH) challenge, I'm pulling out my punches. Since I don't have a die cut machine, punches are really the easiest tool I have for cutting shapes to use on cards.

But punches have their down side. They are bulky and hard to store, taking up a lot of space. Also, like rabbits, they've multiplied over the years. Well, not exactly like rabbits. I've been paper crafting for about 13 years now, and I have roughly 130 punches. Ten a year doesn't sound too bad, does it?

I need to use them! So I've started my UYH Punch Challenge with border punches. When I pulled out my Fiskars parentheses border punch (that's what I call it, at least), I got an idea to make a banner out of it. Like this: 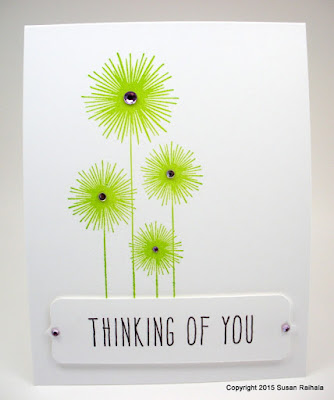 It's kind of hard to see in the picture, but here's how I made it.

1. Start with this punch. Note how the shape it punches looks like a string of parentheses. There are other border punches that might work equally well for this...just explore what you have! 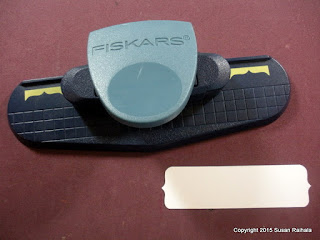 2. Turn the punch upside down, and punch a single parenthesis on the edge of a 1/4 sheet of card stock. Turning punches upside down is the single most brilliant tip I've picked up for using punches. 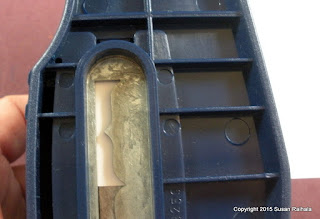 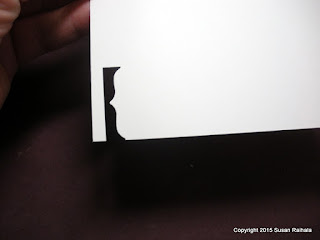 3. Then, flip the paper to the other side and repeat step 2.

4. Using the straight cutting method of your choosing, separate the banner from the sheet of card stock. (I use a quilting ruler and x-acto knife.) 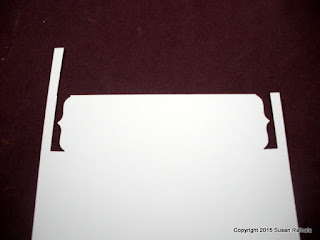 5. Then, using a pair of small scissors, snip the corners to tidy them up. 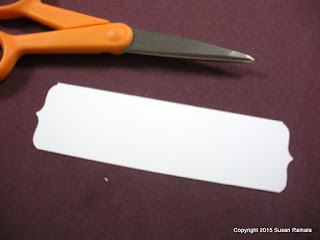 And that's all it takes! Here's the same card as above, just in a completely different color scheme: 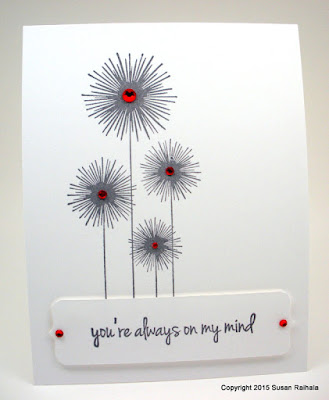 Since the parenthesis is exactly 1" wide, you could cut the strip first and then stick the ends in the punch. That might actually be easier, but I didn't think to measure it until I'd finished making two of them the hard way and taking all those pictures!

Posted by Susan Raihala at 5:37 PM