I decided that the end-of-school teacher gifts this year would be card sets, and I got so excited about that idea that I decided to make cards sets for my mother and mother-in-law as well, in addition to some cool things I bought for them on Etsy. My mom prefers one-layer cards, so I made her a set using PTI's Everyday Classics, the anniversary set for 2010.

Speaking of which, has anyone received this year's anniversary set? I am pretty sure I qualified but I haven't seen any buzz about this year's set yet.

Anyway, here's a sampling of the cards from my mom's set. I love the curvy flourish bracket paired with the angular fonts. Also, it was fun playing with pairs of colors of Memento ink...no two cards in the set are identical. 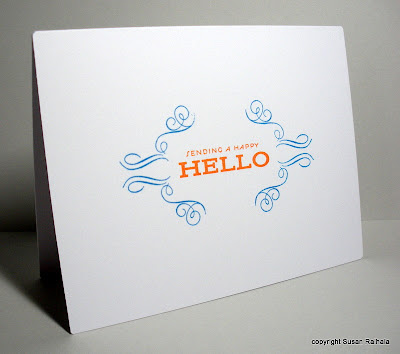 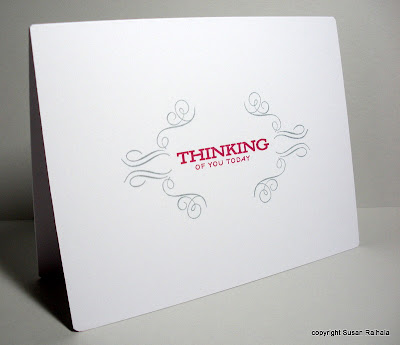 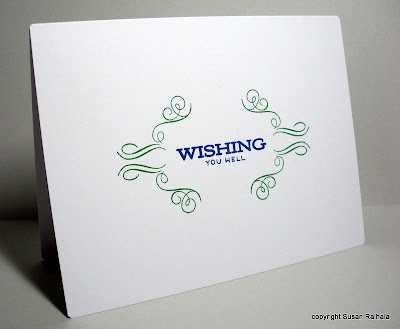 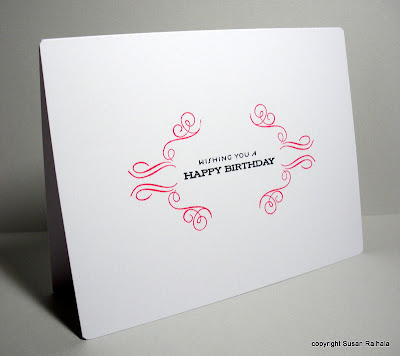 What are you doing for a Mother's Day gift? Also, does anyone have a suggestion for what I can do for a friend facing her first Mother's Day since her mother passed?

And if you're a mom, what are you campaigning for as your gift? I'm asking for stamps!

Supplies
stamps: Papertrey Everyday Classics
ink: Memento various
paper: PTI white
accessories: scallop scissors to round the corners, and yes, I will do a tutorial as soon as my husband or son will take pictures....
Posted by Susan Raihala at 9:17 PM

Email ThisBlogThis!Share to TwitterShare to FacebookShare to Pinterest
Labels: Sets, Stamps by Papertrey