The Riviera Looks Nice This Time of Year

I just know you've had this happen to you. I was innocently rummaging around in Marco's Paper last week, and an inkpad leaped into my basket. All. By. Itself.

That Kaleidacolor Riviera ink pad chose me...not the other way around. So it's not my fault. Not at all. Surely you understand this sort of thing.

But I'm not so sure my husband would.

Anywho, I played around with the inkpad and came up with three fun cards. Isn't the Riviera just lovely? 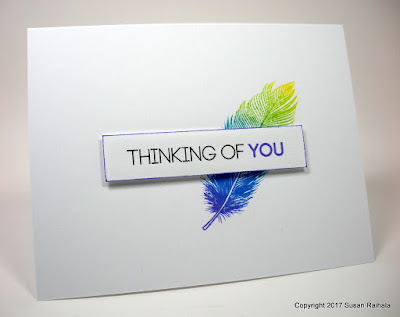 The first card uses a single image that covers the whole pad. (The layout came from this pin, by the way.) The touch of purple on the sentiment helped bring the raised panel and feather together, but the raised panel still looked too plain (even for me), so I dragged the edges over the purple part of the Kaleidacolor pad. That worked fine.

Next, I wanted to let the Riviera spectrum move from one image to the next, so Clearly Besotted's Everything Changes butterflies filled the need nicely. So girly and feminine, don't you think? 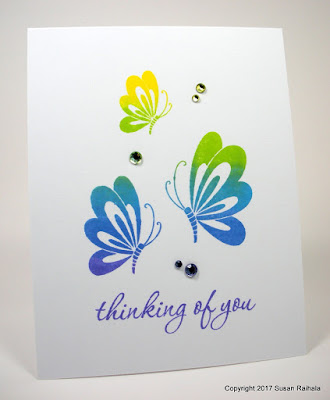 Finally, I wanted to let my minimalist freak flag fly with maximum white space and a single layer. I adore the movement in this one, and the bling! EEEP! 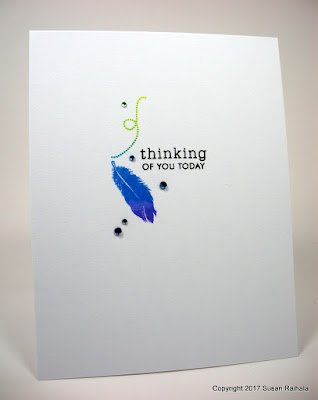 Which is your favorite and why?

Posted by Susan Raihala at 4:54 PM