Scroll down to see the winner of the OLW-Waltzingmouse give-away!


Next time someone asks me to explain what visual triangles are, I'm going to refer them to this post.

A picture is worth a thousand words.... 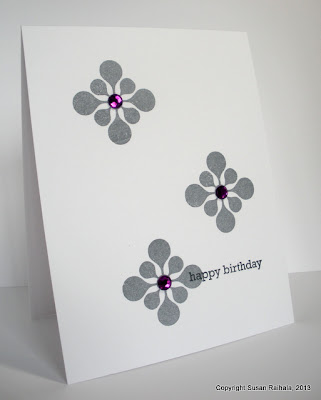 But of course I have a few words. Note that the triangle is not an equilateral triangle. Equilateral triangles tend to look too...mathematical. (I was an English major; you do the math.) Generally you should have a nice long hypotenuse and one fairly short side on your triangle. That unevenness is pleasing to the eye.

While all the other moms and children will be eating doughnuts courtesy of our very nice PTO, I have to bring my son's doughnut because he has autism and ohmygosh don't even try to feed him a doughnut that isn't his doughnut because he won't eat it. No, sir. Not gonna do it and nobody's gonna make him.

I'm going to organize three of our six Krispy Kreme chocolate glazed doughnuts in a visual triangle on the cafeteria table and then eat all three. Because that will help me lose the twenty pounds I need to lose, right?

Of course. Visual triangles solve everything!